COVID-19: Cinemas To Close From Nov Due to Revenue Loss & Lack of New Releases

All cinemas in the country will suspend their operations from November 2 onwards, due to the loss of revenue and the lack of new releases during the COVID-19 pandemic.

Shuman
Cinemas across the country will suspend their operations from November onwards.

Cheah Chun Wai, the vice-president of the Malaysian Association of Film Exhibitors (MAFE), said this is due to the cinema industry incurring a 90% revenue loss since the COVID-19 pandemic began, as well as the current enforcement of the Conditional Movement Control Order (CMCO) in several states, which requires cinemas to be closed to contain the spread of the disease.

Besides, the lack of new movie released during the pandemic is also a contributing factor.

"Closing and reopening cinemas is extremely cumbersome, costly, and disruptive, not only for the cinemas, but also for our landlords and customers.

"Cinemas in Malaysia have appealed for government assistance and rental support, as it grapples to survive and recover from this worldwide crisis. If the cinema business fails, it stands to destablisie the entire entertainment ecosystem," Free Malaysia Today (FMT) quoted him saying in a statement.

However, Cheah expressed hope that the industry will rebound after the pandemic eventually subsides, as cinema remains a top entertainment choice for Malaysians.

Cinemas were closed when the Movement Control Order (MCO) was enforced last March, but the government allowed them to reopen beginning July 1, provided they limited the occupancy to half the usual level, and abided the standard operating procedures (SOPs) in place, such as recording their customers' personal details and body temperatures levels.

Cinema-goers must also wear face masks at the premises.

GSC said that it would shutter down from Nov 2, until the end of November, and assured its followers that new developments will be updated accordingly. 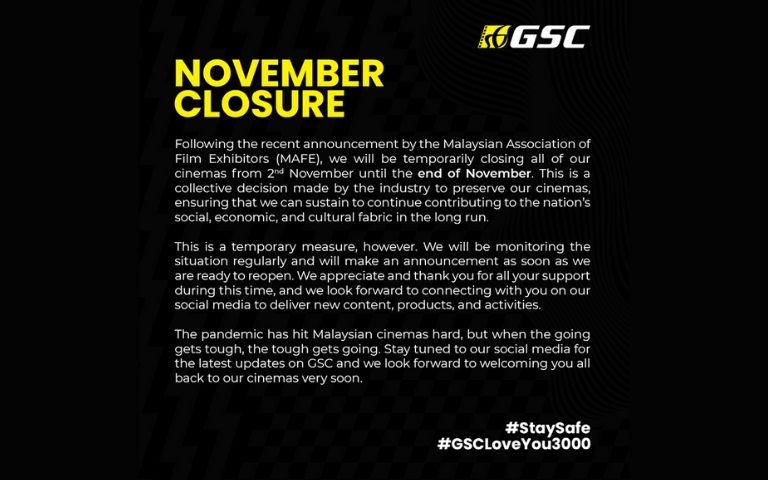 TGV, meanwhile, said that the closure will take effect from Nov 2, until further notice. 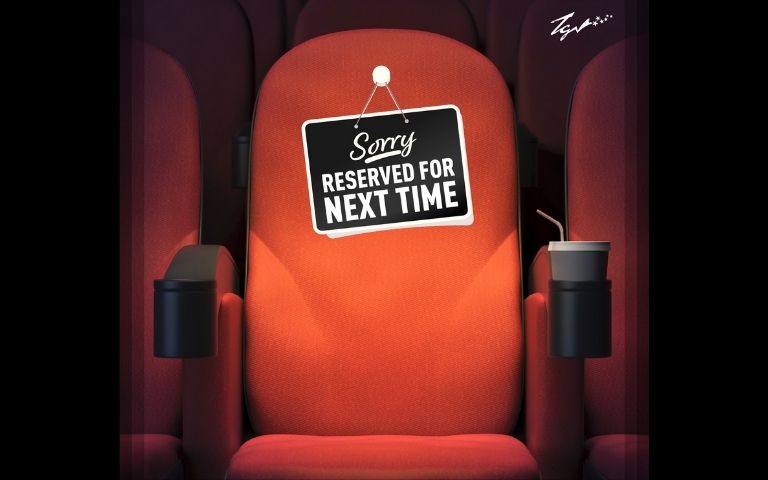 MBO Cinemas, which is among the worst hit by the pandemic, also announced that the closure on Nov 2 will last until further notice. Earlier this month, it was reported that MBO, the country's third largest cinema chain operator, is going to close down its business and sell off its assets to repay creditors.

As you know we closed most of our cinemas earlier already - so those are still operating and closed due to CMCO will...

Astro Radio Retains Leadership With Growth In Reach To 15.3MIL

Malaysian radio listenership achieves a high reach of 94% during the pandemic.

Of COVID-19 & Friendship: This Man Drove Over 1,400km Non-Stop To Bring Oxygen to His Friend

When Devendra Kumar Rai heard that his childhood friend is in desperate need of oxygen after catching COVID-19, he did not think twice. Read how the loyal friend embarked on a long, tiring journey for friendship's sake...

Venkat Prabhu Opens Up For The First Time After Mom's Passing

This is what director Venkat Prabhu posted after his mom's passing...

Shruti Haasan Doesn't Depend on Her Father for Money!

Actress Shruti Haasan is not financially dependent on her father Kamal. Here's what she said..

A video of Bigg Boss Mahat helping his pregnant wife relax is going viral! Check it out...

"I'm Scared to Do Anything!" - Bigg Boss Archana's Full Explanation on the YouTube Controversy

Bigg Boss Archana goes live to explain the reason behind her copyright strikes to some YouTubers. Check out the full video here!

Actress Chandini Opens Up About Her Accident At Shooting Spot

Here's what actress Chandini revealed after her recent accident at the shooting spot...

"I Was Pregnant When I Danced with Vijay!" - Popular Actress Opens Up

Former actress Malavika shares an interesting detail about the song she did with Thalapathy Vijay!

Anchor Priyanka Gets Emotional On Her Birthday

The Reason Why Actress Shobana Never Got Married!

Guess why actress and dancer Shobana remains unmarried till today...